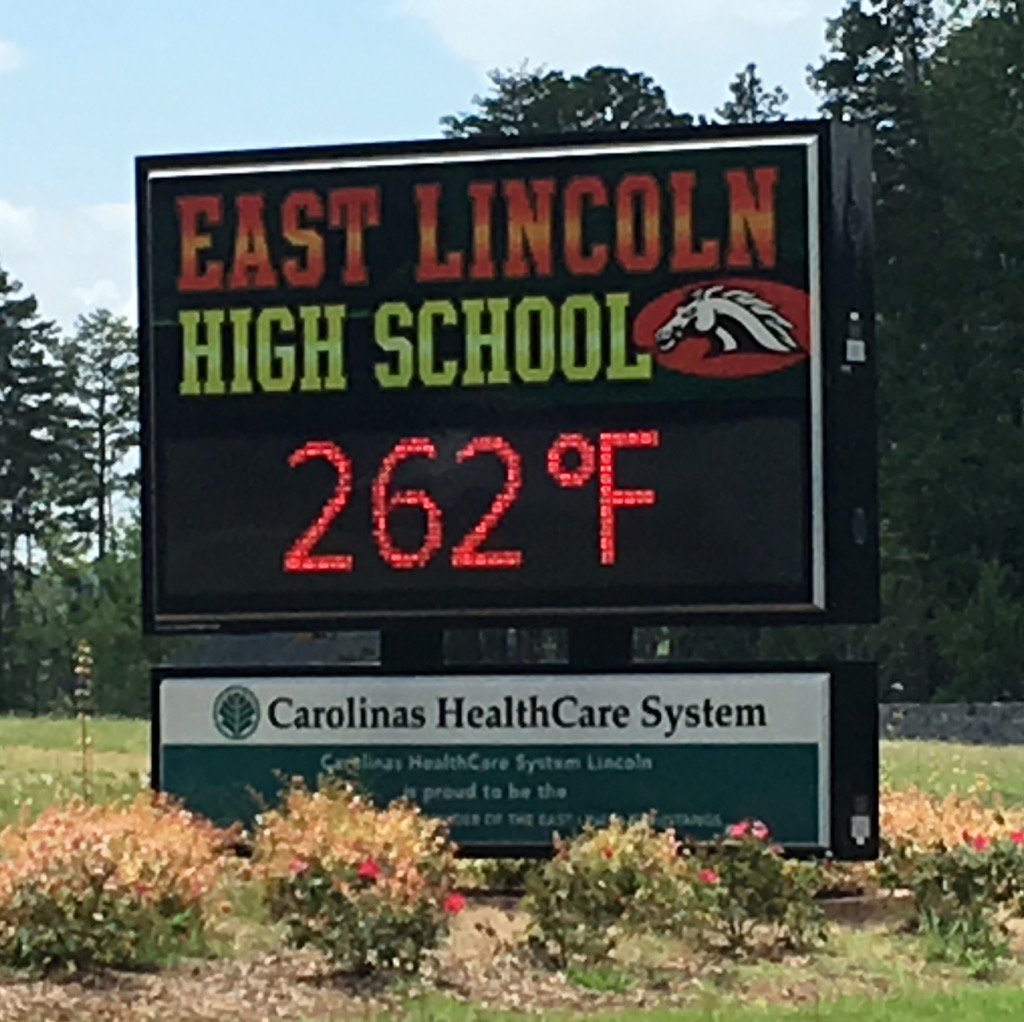 Today, Bonnie Trenga is going to help us take a break from serious grammar and instead delve into the world of comedy—some intentional, some not. Groucho Marx said it best: “One morning I shot an elephant in my pajamas. How he got into my pajamas I’ll never know” (1). I’m sure you thought that was funny, but did you ever consider why it’s hilarious?

Groucho’s joke is funny for the same reason that this real classified ad, laughed at in the book Sin and Syntax, is: “FOR SALE: Mahogany table by a lady with Chippendale legs” (3). Both sentences contain a misplaced prepositional phrase. Groucho intentionally put the phrase “in my pajamas” next to the word “elephant” to create the funny image of an elephant wearing PJs. Of course, the man, not the pachyderm, was wearing PJs. In the classified ad, the table, not the lady, has Chippendale legs. The writer carelessly put the prepositional phrase “with Chippendale legs” in the wrong place. Oops!

If only all writers could be as careful with their prepositional phrases as Groucho was. He put his in the wrong place on purpose to make us laugh. Many writers, though, unintentionally become comedians when they put their phrases in the wrong spot. A quick look at some grammar resources reveals that students, newspapers, and books are not taking as much care with prepositional phrases as they should. Here are three examples of what you should not write. Sin and Syntax, which gave us the Chippendale legs mishap earlier, also quotes a student who once wrote this: “Abraham Lincoln wrote the Gettysburg address while traveling from Washington to Gettysburg on the back of an envelope” (4). This amusing sentence suggests that Lincoln traveled on the back of an envelope instead of wrote on the back of an envelope.

Also worth a few chuckles is this headline, quoted in Barbara Walraff’s book Word Court: “Two Sisters Reunited After 18 Years in Checkout Counter” (5). So these ladies spent 18 years at checkout? Hmm. Last, we have this incorrect sentence, found in the latest novel by a New York Times best-selling author: “We found the address he gave me without difficulty” (6). I’m glad it wasn’t difficult to give out the address. Here, the prepositional phrase “without difficulty” has been misplaced. It’s next to “gave me” instead of “found.”

Why We Make This Mistake

The Gettysburg sentence was caused by overcramming. It would be better to make the “Lincoln” sentence two sentences: “Abraham Lincoln wrote the Gettysburg address while traveling from Washington to Gettysburg. He didn’t have any paper on hand, so he wrote the speech on the back of an envelope.” That sounds much better.

Most of the time, though, misplaced prepositional phrases happen simply because writers are careless. That seems to be the case with the sentence about the street address. The writer just wasn’t paying attention to the sentence structure.

Solution to the Problem

It’s easy to fix overly long sentences: just make them shorter! In all seriousness, though, if you are writing a sentence and are having trouble fitting together all the components, consider making your enormous sentence two more manageable sentences. Check out Chapter 6 of Bonnie’s book The Curious Case of the Misplaced Modifier for some suggestions on how to tame overly long sentences.

As for dealing with carelessness, we’re all careless at times, so just remember to proofread yourself or have a friend or co-worker watch your back. Most important, though, when you see a prepositional phrase, make sure it is right next to what it modifies. You don’t want to inadvertently put an elephant into anyone’s pajamas. Thanks, Groucho, for the grammar lesson!

The Curious Case of the Misplaced Modifier

This podcast was written by Bonnie Trenga, author of The Curious Case of the Misplaced Modifier, who blogs at sentencesleuth.blogspot.com, and I’m Mignon Fogarty, the author of the paperback book Grammar Girl’s Quick and Dirty Tips for Better Writing.

Hyphens: The Punctuation Mark That Even Editors Can’t Get Right

It stalks the thick jungles of prose, confounding even the most experienced grammar explorer or navigator, yet it’s a gentle, mistaken, and forlorn creature. What am I talking about? The hyphen—the piece of punctuation that not even seasoned editors can seem to get right.
Super high-profile ad agencies and industry giants, despite large budgets and an intelligent workforce, are known to make hyphen mistake after mistake, unable to get a handle on correct hyphen usage. I’m looking at you, Netflix, with a hyphen error right on the main page!

Thankfully, most hyphen usage falls into a few different categories:

The most important breed of hyphen to know is the one associated with compound adjectives, which are single adjectives made up of more than one word. Because both words go hand-in-hand to modify the same noun, a hyphen is used to show they are linked. The important part to keep in mind is that all words in the compound adjective are equally important. For example, “high-priced items” would not make sense as “high items” or “priced items.”

While closely related to adjectives in the sense that they’re another kind of modifier, adverbs inherently imply subordination to the word that follows.

The quick trick to knowing whether to hyphenate compound modifiers without sorting out adverbs vs. adjectives is to look for words ending in -ly. This will (most of the time) indicate an adverb rather than an adjective and, thus, no hyphen.

Exception: Some nouns end in -ly, so be mindful of what hyphens you leave off. For example “family-owned business” should retain the hyphen after “family” despite the -ly because “family” is a noun.

Of the hyphen family, these are perhaps the easiest to classify and implement. Numbers twenty-one through ninety-nine get hyphenated.

When describing ages, hyphenate the age only when it’s used as an adjective before a noun.

A prefix is a modifier placed before a word to alter or enhance its meaning. The prefixes “self-,” “ex-,” and “all-,” almost always need a hyphen between them and the words they’re modifying.

However, not all prefixes use hyphens.

In addition, be sure to break up double vowels between a prefix and a root word unless your spelling checker flags them as incorrect with a hyphen.

The hardest hyphen breed to capture, and certainly the most difficult to tame, is the one used to prevent confusion, often with a group of three or more words that contains either multiple modifiers or a noun that’s made up of two or more words.

See also this article about one author’s thoughts about the flying purple people eater. The world will perhaps never know exactly what this creature looked like or ate.

The hyphen makes the distinction for you. 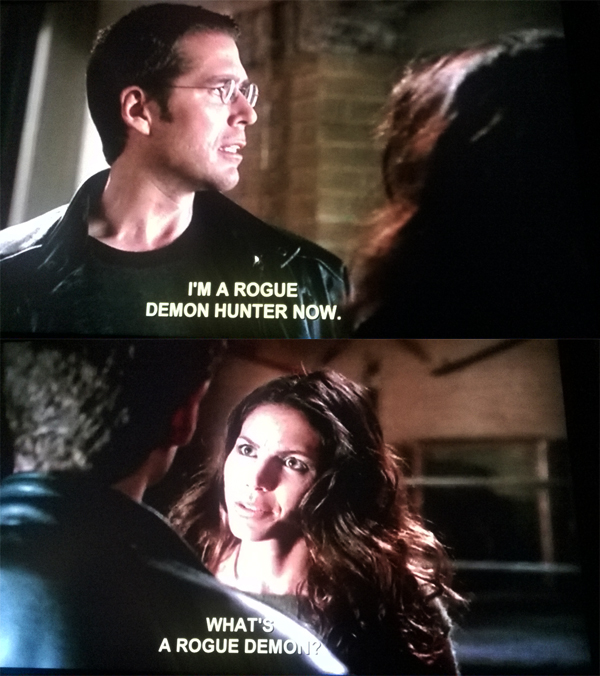 And, finally, consider this interesting and slightly unfortunate story about the word “re-sent.” Without the hyphen, it reads as “resent,” which is certainly not the intended sentiment. Even though “re-” is not a prefix that typically gets hyphenated, the hyphen in this case provides an important clarification.

Have you seen any embarrassing hyphen mistakes or made any of your own?

Word on the block

Do you want to improve your everyday English language skills for your job? Would you like to learn more about your children's schools? Sign up now for a weekly evening English conversation group. For information, click here or click on the "DMV English Conversation Group" tab above. Space is limited.

Do you want to improve your English language skills so you can get a better job, help your children be more successful in school, or feel more comfortable understanding others and communicating clearly in everday situations? Do you need to develop your language skills so you can get a high school diploma or become a U.S. citizen? To learn more about adult ESL lessons in the DC metro area, click here or on the "Adult ESL Lessons" tab above.